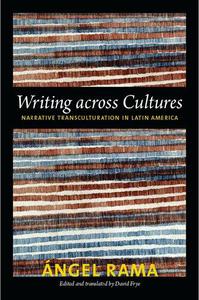 Writing across Cultures: Narrative Transculturation in Latin America By Angel Rama; David Frye (editor)
2012 | 264 Pages | ISBN: 0822352850 | PDF | 2 MB
Ángel Rama was one of twentieth-century Latin America's most distinguished men of letters. Writing across Cultures is his comprehensive analysis of the varied sources of Latin American literature. Originally published in 1982, the book links Rama's work on Spanish American modernism with his arguments about the innovative nature of regionalist literature, and it foregrounds his thinking about the close relationship between literary movements, such as modernism or regionalism, and global trends in social and economic development.In Writing across Cultures, Rama extends the Cuban anthropologist Fernando Ortiz's theory of transculturation far beyond Cuba, bringing it to bear on regional cultures across Latin America, where new cultural arrangements have been forming among indigenous, African, and European societies for the better part of five centuries. Rama applies this concept to the work of the Peruvian novelist, poet, and anthropologist José María Arguedas, whose writing drew on both Spanish and Quechua, Peru's two major languages and, by extension, cultures. Rama considered Arguedas's novel Los ríos profundos (Deep Rivers) to be the most accomplished example of narrative transculturation in Latin America. Writing across Cultures is the second of Rama's books to be translated into English.


Buy Premium From My Links To Get Resumable Support,Max Speed & Support Me